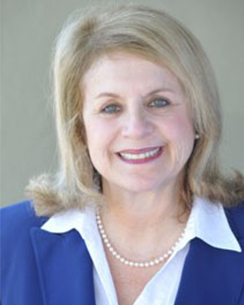 Joy Moeller, BS, RDH, is a Registered Dental Hygienist and is a former associate professor at the Indiana University School of Dentistry, and has been practicing orofacial myofunctional therapy for over 30 years. She is an on-going guest lecturer at USC, UCLA, Loma Linda University, West Coast University, and Cerritos College to ortho, perio, and pedo dental residents and hygiene students. She is currently holding a position at the Sleep Medicine Mini Residency Program at NYU. She received her dental hygiene degree from Prairie State College in Chicago Heights, Illinois with the Sigma Phi Alpha award. She attended the Myofunctional Therapy Institute in Coral Gables, Florida with an extended internship in 1980 and the Coulson Institute in 2003 in Denver, Colorado.

Joy is currently a speaker of the Academy of Orofacial Myofunctional Therapy (AOMT) and has taught courses in OMT at the venues of USC, UCSD, UBC, UCSF, NYU, Columbia University, University of Sydney, Australia, the Guttenberg University in Mainz, Germany, Freiberg University in Freiberg, Germany, Louvain, University in Brussels, Belgium, and many other locations around the world. She has worked with Children’s Hospital, was a consultant for a sealant program for indigent children, worked in the Super Tooth Program, and in public schools as a health educator in the Smiles Program where she developed a preventive orthodontic program. She is currently in the exclusive practice as  myofunctional therapist in Pacific Palisades, California and Beverly Hills, California.

Joy teaches a 4 day course in orofacial myofunctional therapy. Joy was a speaker at the Cranial Academy international meeting in June, 2008 and at the AAGO meeting in October 2008 where she spoke on Orofacial Myofunctional Therapy, “The Critical Missing Element in Complete Patient Care.” She has spoken at Stanford University to the Grand Rounds of the Sleep Medicine Fellowship Program in 2012, the American Academy of Cranial Facial Pain in 2012, the International Association for Facial Growth Guidance in 2010, and 2012, the ACE dental meeting in 2010, the ATPA meeting in 2010, and the Townie meeting in 2010. She also has written many articles recently published in 2010 in Dental Town, 2009 in RDH, 2008 in the California Dental Hygiene Journal (winter edition) the Orthodontic Tribune (August, September and October 2008), the Dental Tribune, October 2008, and the Journal of the American Orthodontic Society, (April 2009 and April 2012). She wrote the Guest Editorial for Cranio, October 2012 (The Journal of Cranio Mandibular Joint Practice).

Joy has co-authored a book with Linda Krol, RDH, called “Taking It Further, A Guide for Periodontal Therapy.” She has written a children’s book called “Tucker the Tongue Finds His Spot,” now available on Amazon.

Joy is currently on the board of the AAPMD, a multi-disciplinary medical and dental group interested in airway problems.